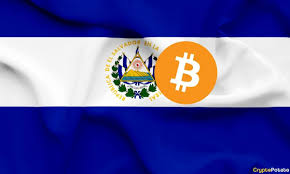 Following its Bitcoin adoption decision, El Salvador could preserve a whopping $400 million it has been losing in annual remittances to payment service providers like Western Union. In 2020 alone, El Salvador had received up to $6 billion in remittances, representing 23% of its GDP. A large chunk of that amount went as commissions to international payments service merchants. However, according to president Nayib Bukele, this is about to change.

Jaime García, an El Salvadoran who now lives in Canada is one of the many who will be thankful for his country’s new Bitcoin law which became effective on September 7 amid celebrations. García remits money to his family in the country via Western Union. According to him, he has to walk miles to an office, from which he sends the money with an additional $25 as transfer commission. Before the money gets to García’s family, it usually takes more than two days and a bit of stress on their end.

Making a transfer via the Western Union’s mobile app is not an option either for people like García due to the same exorbitant charges. Apart from García, many of the estimated 2.5 million people in the Salvadoran diaspora send money to their families and loved ones and they all, like García, face the same challenges.

However, according to the CIO of Bitwise Asset Management, Matt Hougan, flagship cryptocurrency,  Bitcoin addresses these challenges. Hougan also admitted that transborder payments in traditional finance is in a sorry state with exorbitant fees directed at a section of the population that is unable to afford such.

President Nayib Bukele, a Bitcoin proponent, cited remittances as one of the major reasons he sought to make Bitcoin as a legal tender. As he noted, Salvadorans across the world can now make remittances with ease to their friends within the country. To advance this cause, El Salvador has released a Bitcoin wallet named Chivo, which translates in local parlance as ‘cool.’

Despite its release with a sign-up bonus of $30 worth of Bitcoin for every user, Hougan argued that the transition to the Chivo Bitcoin wallet will not happen all of a sudden given that people are usually reluctant to try novel things that involve money. It is most likely that the increasing costs of transborder payments in the mainstream financial infrastructure would expedite the process of adoption within and outside El Salvador. Plus transactions on the newly-released Bitcoin mobile wallet will be free.

El Salvador has also rolled out 200 ATMs from which locals who receive Bitcoin from their relatives abroad can withdraw in US Dollars, the country’s other legal tender. Meanwhile, Mario Gomez Lozada, who was born and bred in El Salvador, formerly a banker with two reputable banking firms thinks the potential $400 million revenue to be forfeited by global money service providers is an understatement. She argued that the figure could reach $1 billion.