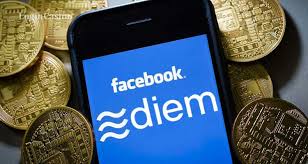 Tech and social media giant Facebook has rekindled interest in its global payments system after renaming the project Diem from its previous Libra. Facebook is willing to see the project to fruition. However, regulators in the US are not having it as they claimed the initiative threatens the stability of the existing payment infrastructure. Even under a new name, the initiative continues to attract dominant concerns.

The stablecoin-powered global payments system proposed by Facebook has been in the works since two years ago. Having drawn negative speculations over the risks, Facebook had shelved the project in a bid to diffuse the controversies that trailed its announcement at the time. With the expansion of cryptocurrencies into the mainstream, the tech giant has revived the project with a strong resolve despite the speculations in the past. Now, Facebook is attempting to allay the previous and current concerns raised amongst the public and regulators in the US.

Officials of the US Treasury Department have argued that Facebook’s project would most likely undermine the financial system in the US and globally. The US regulators are closely watching Facebook for its next move. They have also fronted other implications, one of which includes its likelihood of affecting the global economy if it gains widespread adoption and loses value after crumbling.

Although Facebook claims that the newfangled Libra (Diem) is an independent organization, the tech giant’s vast influence and backing will spur wider adoption. Thus, it complicates the risks, more so in the event of a crash.

Facebook, in defense, continues to draw the attention of regulators to the details of the project, with the tech giant proposing to make Diem a stablecoin pegged to the US Dollar just like Tether (USDT), USD Coin (USDC). As revealed, this is geared toward assuaging the raging concern on cryptocurrencies.

Still, this has not helped the argument of Facebook since the Treasury is already beaming its regulatory searchlight on stablecoins. Meanwhile, the US SEC and others have cited the challenges with stablecoins and how a large portion of US residents are resorting to it in the wake of the inflationary fiat.

Additionally, regulators have alleged that stablecoins are aiding tax evasion and other illegal activities like money laundering. As such, deliberations are being made on a regulatory sandbox for digital currencies. The Infrastructure bill that surfaced in August is a timely response to the regulators’ challenging questions on stablecoins.

The battered public image of Facebook will constitute an impediment to its Diem project. Already, the social media behemoth is enmeshed in an antitrust lawsuit with some US states who have challenged the former on its illegal monopoly. According to reports, Facebook had acquired social media platforms- Instagram and WhatsApp with the intent of stifling competition and arbitrarily expanding its network.

Eroding its public image further is the allegation of misinforming users on its platform over the coronavirus pandemic. Facebook has drawn the ire of the Biden administration over this. On its part, the tech giant acknowledges its slurred reputation and hopes to redeem its image before regulators.