Around 70 Percent Of Dogecoin Owners Are In Profit 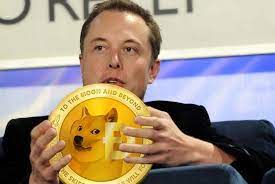 Nearly 70 percent of all Dogecoin owners, according to recent data, are in a state of profit. This is even though the digital currency’s price has fallen from a peak high of above 0.70 USD to approximately 0.247 USD at the time of publishing.

Dogecoin prices reached a new peak high of above 0.70 USD earlier in the year. This was in part due to the search interest for the digital currency exploding before DOGE underwent a 10,000 percent rally.

The upsurge likely began in response to the WallStreetBets Reddit subgroup. A Twitter user called WSB Chairman had inquired whether Dogecoin had ever traded at 1 USD before the digital currency began pumping on a trading frenzy.

Soon after the digital currency began pumping, Tesla chief Elon Musk, along with other prominent celebrities, began tweeting about the canine-themed digital currency. This ended up fueling the rally. The digital currency hit a peak high after Musk referred to it as a “hustle” on SNL and has since then, fallen to its present level.

A majority of holders are profiting from holding the cryptocurrency at the moment, multiplying their investments. Glauber Contessoto, an investor known for investing 250K USD worth of life savings in Dogecoin in February to reach millionaire status, has also doubled his bet on the cryptocurrency by investing an extra 25K.

In a June interview, Contessoto stated that he had not lost faith in his investment. He also revealed that he was aiming to add more Dogecoin to his assets during price dips. He intended to hold on to the investment for a year, at least.

He stated that people focus on the short-term aspect and are not patient enough to let their investments go completely through. Contessoto also opined that volatility is accompanied by “the territory,” and investors who cannot tolerate the fluctuations are not “cut out” for cryptocurrencies.

As reported by a source, AMC revealed earlier this year that it is now accepting payments in Dogecoin for virtual gift cards that can be used on its website, mobile application, and in theatres.

Data from Cryptwerk shows that 1,700 companies now accept payments in the canine-inspired cryptocurrency.