SOL Surges Past ADA, Becomes Number 4 Coin On The Market 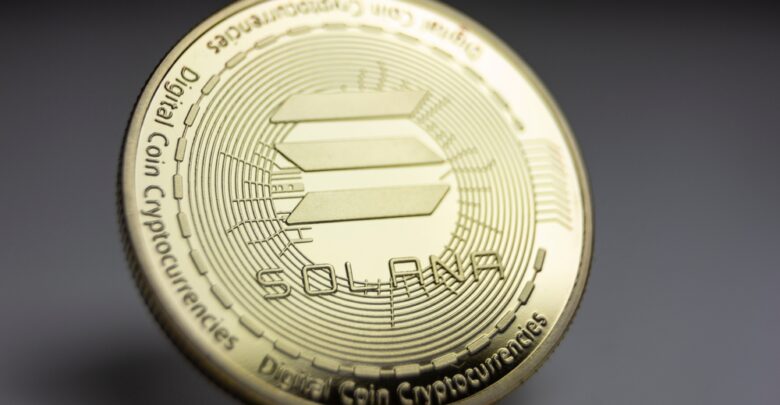 Solana has now topped Cardano and Tether, two of the biggest cryptocurrencies in the market, to become the 4th most valuable coin in terms of crypto worth. Solana is now worth $76 billion, having jumped 175x in one year.

Having hit its ATH on November 7, SOL (Solana) also surpassed ADA (Cardano) on the market cap. Ratings. SOL, at $76 billion, is now the 4th largest coin by market cap. It is only 4th in line with BNB, ETH, and BTC. ADA and Tether trail them in 5th and 6th position respectively.

Why is SOL Rising?

SOL reached a new high of $262 on the 7th of November. It reached the price level following a generally bullish market, which increased the value of other tokens. On the 7th, the market rallied to higher levels, bringing the major coins’ values closer to new highs.

The planned development of Solana’s modern gaming project and the Metaverse, is also contributing to the rise of SOL. Solana has announced a partnership with two of the biggest industry giants to grow and expand its Web 3.0 labs. The partnership is worth $100 million and is expected to bring further adoption of SOL.

As more creators and users of the Metavers develop projects, it is blockchain networks such as Solana that will see the most interest and adoption. The ease, speed, and low cost of building on Solana makes it the network of choice and will increase the adoption of ADA, the native token used for on-chain functions.

SOL, along with DOT, BNB, and ADA, is seen as the top contenders to replace ETH as the token of choice for the deployment of DeFi and NFTs. Ethereum is challenged by network congestion and high transaction fees, forcing new projects to seek a better alternative. Older projects on the Ethereum network are also implementing protocols to lower the gas fees and allow cross-chain use.

Speed remains a critical issue in the crypto industry and this is one area where Solana is leading. The Solana network can perform transactions quickly, with a network speed of over 50,000 TPS. Ethereum only manages a speed of less than 30 TPS. in addition, Solana has a much-reduced network fee than Ethereum, where traders can pay as high as $70.

Despite the fact that SOL is on a strong bullish trend, the technical analysis predicts a tight price correction. The rising wedge, a well-known price correction pattern, has formed on the weekly chart. SOL is also hitting consistent lower highs on the 24-hour chart The RSI indicator demonstrates this.

These two TA are strong reasons why analysts think that the asset’s price will experience a correction soon. However, a price correction may then lead to a bearish breakout from the support zone. If this happens, SOL might be in for some bearish movements. On the other hand, the price might rally to hit a stronger trend soon.